Who was Edgar Cayce??

First of all, if you haven't read about Edgar Cayce, I highly suggest you do. He was a very interesting man, who would fall into sleep-like trances and prophesize about various things. He helped thousands of people with various medical issues do to his gift. He was so renowned that the History Channel even featured a story on him.  He was a simple man with not much more than a grammar-school education.

The Dictionary of American Religious Biography writes about Cayce:

"As a humble individual full of self-doubts, Cayce never profited from his mystic gift. He read the Bible every day, taught Sunday School, and helped others only when asked. Many did ask, and over the years he produced readings that diagnosed health problems, prescribed dietary regimens, dealt with psychic disorders, and predicted future events such as wars, earthquakes, and changes in governments. He spoke, moreover, of reincarnations, the early history of Israel, and the lost civilization of Atlantis. Enough of his diagnoses and predictions proved true to silence many skeptics and to develop a wide following."

Now I take everything with a grain of salt, but a lot of his spiritual insight really struck a cord with me. Some Christians would classify Edgar Cayce material as "New Age", even though he was a Christian, bible-reading Sunday school teacher. I would not classify my beliefs as "New Age". However, I do have mystical, non-traditional beliefs and I know there was something more to a lot of the spiritual topics he prophesized about. 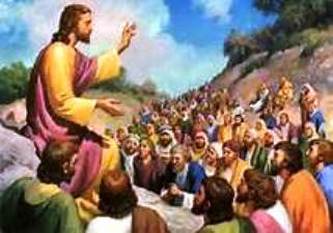 I'm going to quote off of the same Edgar Cayce site, as I couldn't have written it better myself. I will also talk more about my personal views of J.C. in another posting.

"Throughout history, the perspectives people have had on the life and teachings of Jesus have been varied, often times even at odds. For some, Jesus has been seen as the only Son of God, bringing salvation only to those who call themselves Christian. Members of non-Christian religions may have ignored His life and ministry or they may have thought, "Well, Christians have been cruel to me, and therefore I'm not interested in Jesus." Individuals involved in New Thought or comparative religions may have decided that Jesus was "just a teacher," or they may have disregarded Him altogether. According to the Edgar Cayce readings, each of these perspectives is short-sighted.

Although Edgar Cayce was a Sunday school teacher all of his life, as well as an elder in the Presbyterian church, for him the meaning of Jesus' life went beyond that described by Christians and non-Christians alike. For that reason, regardless of our upbringing or our religious affiliation, the Cayce material offers some insightful and challenging information about the life and work of this man Jesus, who became the Christ.

Essentially, the readings present Jesus as our "Elder Brother," a soul who came to show each one of us the way back to our spiritual Source by perfectly manifesting the laws of the Creator. Part of His mission was to fully demonstrate the living awareness of the Spirit in the earth, something each one of us will eventually have to do. Therefore, Jesus' life of service to others serves as an example for all of humankind.

"For the Master, Jesus, even the Christ, is the pattern for every man in the earth, whether he be Gentile or Jew, Parthenian or Greek. For all have the pattern, whether they call on that name or not." - Edgar Cayce reading

Jesus himself said "I am in my Father, and ye in me, and I in you," (John 14:20 KJV). We are all part of that same spiritual Source. Jesus was a child of God-just as we are all children of God. What Jesus did, we are all called to do and, as our Elder Brother and the Pattern, He will show us the way. In fact, Jesus is the Good Shepard who is very much involved with us right now in teaching us about our relationship with the Creator.

In discussing with God our joint spiritual nature and eventual destiny,
Jesus said:  They are not of this world, even as I am not of the world.... That they all may be one; as thou, Father, art in me, and I in thee, that they also may be one in us: that the world may believe that thou hast sent me. And the glory which thou gavest me I have given them; that they may be made perfect in one; and that the world may know that thou hast sent me, and hast loved them, as thou loved me.  (John 17:16, 21-23 KJV)

This importance of this information, the fact that every individual is an integral part of God's creation and that we all share the same relationship with the Creator as even Jesus, will eventually transform (even revolutionize!) the ways in which we think about ourselves and treat one another." 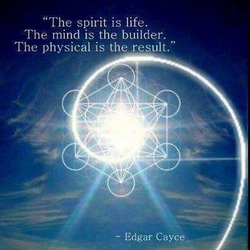 Here an Edgar Cayce website touches on religion. I decided to take all of this right off of the site, as it was very nicely stated. :

"One of the great ironies of human nature is the fact that the very structure intended to enrich our relationship with God is the one thing which divides us most as a human family. ....... These conflicts are not simply between various religions, but are also within each denomination. There are sects with Christianity, Buddhism, Judaism, Hinduism, Islam-within every religion! -many convinced that they are just a little more right than anyone else. Even various churches, temples, and synagogues have found differences with other members of their own sect who have somehow fallen away from the "original" or the "true" faith.

In addition to separating people from one another, these conflicts have also caused individuals to become disillusioned with religion-some even becoming convinced that religion is a waste of time. Too often, the result has been that people have given up their faith in God because of their disappointment in humankind. ...

...Religion is primarily concerned with matters of religious faith, ritual, structure, and tradition. Unfortunately, too often, a specific religion has been seen as the vehicle for personal salvation rather than simply being one of the various forms in which humankind is trying to understand the manifestation of the Spirit in their lives. Many individuals have somehow elevated one religion above all others, perhaps deciding that there is but one form with which to demonstrate true faith. On the other hand, at times it has been the very religious structure with which individuals have become frustrated or disappointed, perhaps even deciding that they no longer need to have religion in their lives. Neither of these responses is in keeping with the concept of oneness. It is important to remember that religion serves a purpose. Without some form, spirituality can too easily become simply a philosophical mind-game rather than having practical ramifications for daily life. A loose spirituality may be fragmented, selfishly independent,  lacking community, etc. Without religious form, children can be raised without a sense of applicability of Spirit in their lives."